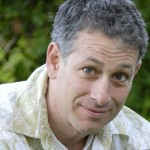 solo albums, Blurred and Front Porch, and his funk band The Shreep‘s CD, Shreepwalkin’, was released by Gianormous Records. Wise has made numerous TV & radio appearances, has performed extensively all over the U.S. and Asia, and his songs have been used in feature films and video games. He’s shared the stage with Brian Stoltz, The Monophonics, members of The Radiators, Hootie & The Blowfish, George Porter Jr. and others. Alex also hosts a radio show on environmental issues called Sea Change Radio, which airs on over 80 stations around the country. 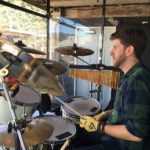 A native Ohioan and international man of mystery, Schad Dalton

brought his drumming talents to San Francisco to escape the brutal winters of his home state. Schad began his career at the age of 16, has recorded an EP of original music with his former band –As of Yet– and has done hours of session work. Schad has been influenced by such drummers as Carter Beauford, Keith Moon, Dennis Chambers and Jeff Porcaro. When he’s not hitting the skins in Fog Swamp (or his garage, to the chagrin of his neighbors!), Schad is spending time with his girlfriend, CC, and their two dogs, Jake and Barney. Along with his drumming knowledge, Schad is also well-versed in bird law and enjoys a good milk steak with a side of jelly beans. 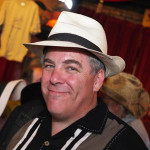 When he’s not toiling with technology, Ted Silverman spends his

time playing mandolin, bass or guitar with anyone who will give him a chance to show off his G run. Ted lives in San Francisco, plays rock, swing, blues, bluegrass and more and is a founding member of the Chazz Cats as well as Belle Monroe & Her Brewglass Boys. Ted has performed in Europe, at clubs up and down the West Coast and at Festivals like the Oregon Country Fair, The Strawberry Music Festival and The Haight Street Fair. 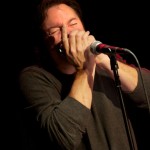 Jeff Ballard has played and recorded blues harp and

jazz harmonica with bands such as The Fall Risk and Alex Wise. A versatile session player, he has recorded with numerous Bay Area artists and shared the stage with Rock and Roll Hall of Famers Jack Casady and Phil Lesh. 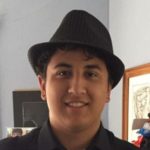 Keyboardist Julian Lopez is a San Francisco native who began

playing when he was 5. He grew up under the tutelage of Latin Jazz professor John Calloway in his Latin Jazz Youth ensemble, and went on to briefly study jazz piano with jazz giant George Colligan at Portland State University . His jazz combo won 3rd place at the 2017 Reno jazz festival performing the music of Freddie Hubbard , Lee Konitz, and Art Blakey. Capable of playing a wide range of styles from salsa to hip-hop, Julian is happy to to return to his rock roots in the Swamp. 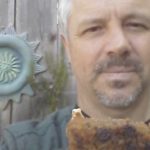 player for many a moon and then one day decided to add his funky-ass trombone playing to the band’s sound. A multi-instrumentalist who has performed in a wide array of genres from salsa and bluegrass to jazz and funk, Paul’s son Kai is an accomplished professional jazz guitarist.