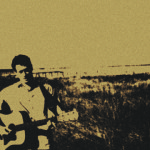 Two “Front Porch” tracks to be featured in upcoming film

Fog Swamp’s Alex Wise has licensed two songs from his first album, Front Porch (“Touched By The Willow” and “Love In Mind”) for the soon-to-be-released feature film, 37. The Turning Point Pictures film stars Randall Batinkoff, Tricia Helfer and Scott Wolf and is about a “haunted rock star… (who) plans to fulfill a vow to kill himself on his 37th birthday to atone for a horrible crime he committed as a child.” 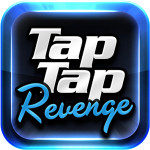 Tap-Tap Tour, one of the most popular apps in the iTunes Store, recently featured Alex’s song “Secrets” as its free track of the day. Download the app for free today and play along to the tune in this Guitar Hero-like game!

“The discovery of the year? Who knows at this early junction, but clearly ‘Blurred’ is an easy contender. Never mind the fact that Wise released his debut a decade ago and has remained conspicuously silent ever since; ‘Blurred’ is the kind of album that commands immediate attention. Opening track ‘The Rule of Joy’ is prefaced by sweeping piano and a world weary vocal that suggests its author measured all different aspects of what the title suggests. Other tracks purvey the same solitary stance — ‘Someone Else Like You,’ ‘Blurred’ and ‘Don’t Slip Now’ among them — but that doesn’t mean Wise isn’t capable of raising a ruckus. ‘Blame on My Shoulder’ has him affecting a Keith Richards-like slur for a rough hewn rocker that offers proof he’s more than just another lovelorn crooner. Besides, few other artists could cover Steve Forbert’s signature song ‘Romeo’s Tune’ and pull it off like it’s his own/ Likewise, the arrangements are penetrating and precise, veering from tropical rhythms to lounge-like serenades and even a hint of funk and R&B. ‘Blurred’ is assured, the stunning example of why Wise is well worth watching.” (www.alexwise.com) http://nodepression.com/article/lees-listening-stack-fourteen-solid-picks-start-year